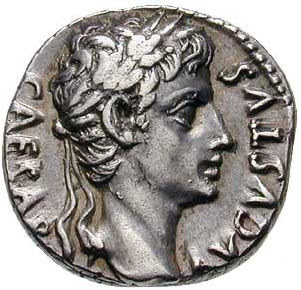 I remember in junior high school getting a brand new baseball mitt, only to have it stolen out of my P.E. locker the very next day. It was eventually recovered, taken off of a kid who had written his name, letter by letter across the back of the mitt as if to reaffirm his ownership. The rather ostentatious claim to ownership notwithstanding, the mitt was mine.
Such is the claim made by Caesar (Tiberius) in today’s gospel. In Jesus’s famous dictum: “Then render unto Caesar what is Caesar’s, and render unto God what is God’s, ” he avoids the tricky situation of answering the question of the Herodians and Pharisees as to whether or not it is in accordance with the Law to pay the tax required by the Romans of all citizens. If Jesus answers “no” then he will gain favor with the people, but commit a treasonous act and punished by the Romans. If he says “yes” he loses favor with the people, and affirm he supports the Roman occupation. Instead, Jesus suggests that the coin’s temporal worth is owed to the temporal leader, Tiberius Caesar and that God is entitled to what is His. Of course, what is God’s is also “stamped” with God’s image: humanity.
The coin might belong to Caesar, but Caesar belongs to God. What we lay claim to so often has our image, in one form or another, all over it. But likewise, all that we are should have God’s image revealed. In Acts 17, St. Paul proclaiming in the Aeropagus defends Christianity to the philosophers by proclaiming “In him [God], we live and move and have our being”; as even some, your own poets have said, ‘For we too are his offspring.’ Since we are God’s offspring, we ought not to think that the deity is like gold, or silver, or stone, an image formed by the art and imagination of mortals.”
St. Augustine’s sermon on this passage from Matthew develops this idea:
“Just as Caesar seeks his image in your coin, so God seeks his image in your character. Give back to Caesar, he says, what belongs to Caesar. What does Caesar look for from you? His image. What does God look for in you? His image”(Sermon 113A).
What we possess is God’s image as our true character; we are the coinage of God, each and every one of us, ultimately rendering our lives back to God, having either spent God’s currency wisely or foolishly. God's currency, of course, is love. This is our true wealth and is inscribed indelibly as God's image. When we love, we gift others with God's wealth and, in turn, render unto God what is God's. 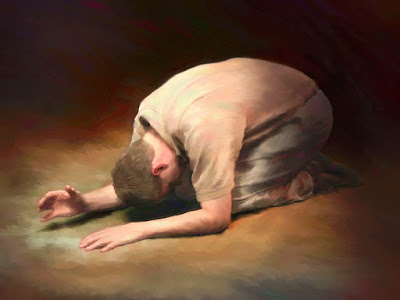 Last night, I encountered a person who used Hitler as an example of someone they could not forgive. Look, I completely understand the symbolic nature of the statement, but Hitler has not done anything personally to them (as far as I know). The person was simply trying to help me understand that forgiveness and mercy have limits, and Hitler embodied the limit for them. On reflection, however, it seems that forgiveness is denied rarely because of some abstract sense of limit, but rather is denied out of a profound sense of being personally wronged. The "wrong" done God./father of the sons in today's parable from Matthew, was personal because of the disobedience--one rather insidious and the other overt---damaged a personal relationship, not simply defied a category of acceptable behavior.
The context for Jesus' teaching in Matthew: Jesus has just finished his Palm Sunday entrance into Jerusalem, and is making a point to let everyone know the religious leaders will enter heaven after tax collectors and prostitutes. Not a great way to start off Passover in Jerusalem, but this was personal.
As the passage from Ezekiel suggests, today is all about what the Greeks refer to as metanoia, which is literally a “change of mind”, but also implies a complete “change of heart”,  a change which finds its fulfillment in action. Today’s parable is all about our actions lining up with our words.
The hero of our parable refused the wish of his father to work in the vineyard at first, but changed his mind and began work. The other sons put up no resistance, but did not go work in the vineyard; they served only with their lips. Our hero’s virtue was his change of heart and his follow-through of working in the vineyard. This is the son that did the will of the father.
There is another level important for us in today’s parable. The un-favored son did comply externally while inwardly they betrayed their word; the lone dissenting son’s actions were always transparent, always honest so that when his metanoia occurred, the virtue did not lie solely in words but found fulfillment in his actions. His actions were the transparent manifestation of his heart.
Our obedience to God must come from a change in heart, not simply a change in mind that gives lip service to obedience. God’s mercy is always most profound for those whose hearts have been changed, not simply a change in “words”. All of salvation history reveals God’s actions, not simply God’s words. God’s Word, Jesus, was God’s action. The epitome of God's love is a person, not a text, or a system of laws or creeds. While doctrine, stories, history and other texts are part of our heritage and integral to our faith, we must remember all things are subordinated to the person of Christ.
Our lives, then, are the testimony of our faith, not how well we can quote Scripture and point an accusing finger of disapproval at our neighbor. We confront sin with compassion and mercy, the way God has confronted our sin. God’s mercy confounds us because His forgiveness is personal; His love is everlasting.
Posted by Fr. Todd Scull, O.S.B. at 6:48 AM No comments: