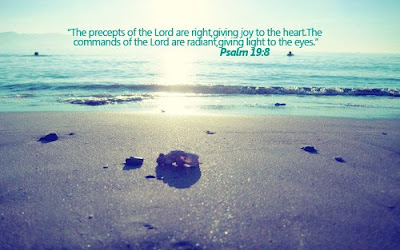 The gospel reading in Mark unites two completely different events and renders a fascinating connection.  The first excerpt, or pericope, is Jesus reproving John for preventing a man who is not Jesus' disciple from casting out demons by declaring "...whoever is not against us is for us."  The second pericope is taken from the context of warning his disciples not to scandalize children (the pais), or "little ones."  By linking these two passages together, Mark gives the moral force of punishment for those who lead astray the least and last (those in need of healing) with the "outsider" exorcist.  Remember last week when I told you that the word for child and servant was the same?  Today, we get an explicit linking between the two.
The Old Testament scripture is also about cautioning against limiting God's work to only "approved" sources.  Moses remonstrates Joshua of Nun for complaining that there were two outside of God's chosen seventy elders who were prophesying (Eldad and Medad).  Moses asks, "Are you jealous for my sake?  Would that all the people of the Lord were prophets.  Would that the Lord might bestow his spirit on them all!"
These readings suggest quite clearly that the true authority does not reside in human institutions as such, but in what is done in God's name.  Gospel authority is doing the will of God.  Period.
How does one, then, discern who is working in God's name?  Paul helps us with recognizing the "fruits of the Spirit" in " "love, joy, peace, patience, kindness, goodness, faithfulness, gentleness, and self-control."(Gal.5:22-23).  In a sense, when you recognize goodness, there God's Spirit is at work.  The other element besides the work is time.  Are these works true and good over time?  The ruse never lasts; the wolf must eventually shed its sheep's clothing to breathe.
At the conclusion of all the Eucharistic prayers, the priest declares "...from whom all good things come." God is not only the source of all that is good, but God is also perfect goodness in essence.  Much of what is good is apparent, but finding the Resurrection looking at the Cross can be a bit more difficult.  Again, time reveals all.  Given enough time, the Cross becomes the Resurrection.  How long do we wait?  How deep is your faith? 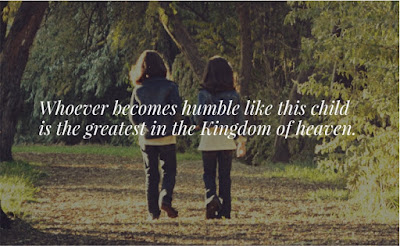 The Spirituality of Imperfection

We continue this week with the second of three passages where Jesus describes his fate of persecution and suffering that awaits him.  Last week we took a look at the cross from a different angle, the "Tao" of the cross emphasizing sticking it out until the end with Jesus as being the cross of discipleship.  This week we look at the cross of servanthood and humility.
Mark's gospel resonates with the Suffering Servant of Second Isiah where biblical scholar Reginald Fuller notes that in verse 13 (not included in the reading), God's suffering servant is called pais, a term used to denote both servant and child; both were at the very bottom of power in society.  So then Jesus uses children as an example of the types of people whom the disciples must embrace (Jesus embraces the child).  For us, who exalt children, this may not seem unusual, but in Jesus' time such an act of concern for the least and last was profound.
After being told to get in line last week, Jesus addresses the rest of the herd as they vie to be " the first disciple".  Jesus tells them to become servants (pais).  In a sense, they should compete to become last and least.
In Matthew, this discourse about humility and greatness occurs in chapter 18 and more fully develops the concept of "receiving these pais".  Jesus declares that beyond "receiving", the disciples, one must become as pais to enter the Kingdom.  Clearly, Jesus' words speak as much against the triumphalism rampant in the church today as it did for Jesus' disciples in the First Century C.E.
Simon Tugwell writes eloquently about the need to not count the success of the church with the world's standards of power and domination.  In his book Ways of Imperfection, Tugwell writes
"There is a kind of unsatisfactoriness written into her [the church’s] very constitution, because she is only a transitional organization, keeping people and preparing them for a new creation . . . .Christianity has to be disappointing, precisely because it is not a mechanism for accomplishing all our human ambitions and aspirations, it is a mechanism for subjecting all things to the will of God"(1)


Inevitably, our human ambitions always creep into our communities, and into the church as a whole, but today's gospel reminds us how Jesus regarded such attitudes of a triumphalist church.  We need to become like pais, servant/children, who, as Tugwell has written, are not valued by Jesus for their innocence, but by their vulnerability.  They receive everything as a gift.
Imagine the transformation from a church of control and power to church as vulnerable as the wounded Christ; the vulnerability that grows gratitude becomes the mechanism for being Good News.  When people turn away from the church because they can't abide such a powerless institution unable to be an extension of their need for power and control, we shouldn't change to accommodate that sinful need.  The church's real gift is its witness of the Suffering Servant of Christ---vulnerable and committed to distributing God's grace to the least and last, and inviting transformation into that life of vulnerability, compassion, and gratitude.
Posted by Fr. Todd Scull, O.S.B. at 7:05 PM No comments: 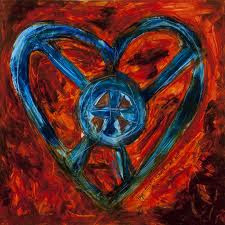 A Matter of the Heart
Purity is a word that few would consider pejorative; it sits alongside other words we associate with virtue such as honesty, courage, etc.  It is even more effective as a marketing tool to entice the consumer that you are getting 100% of what you are expecting.  The other word associated with this one is perfection. In a sense, purity is a type of perfection, and when you begin an endeavor, it common to hope for perfection.
It is this struggle to be perfect before God that the Jews turned to the Torah (the first five books of the Bible).  These books contain a little over six-hundred laws that were composed between 600 and 400 BCE.  These laws were extended to interpretive texts that were designed to help people apply these laws to everyday life to keep better the original six-hundred or so laws in the Torah.  By Jesus' time, some of these laws became impediments to the spirit that informed them.  Like so many good ideas, when people who have lost sight of why the law exists simply follow the law "because it is the law", the spirit suffers the ignorance of the law-abiding.
In today's gospel, those whose job it was to interpret and admonish adherence to the Law (Pharisees and scribes) were incensed that Jesus seemed oblivious to the demands of the Law.  He did not seem to chastise those among his disciples that did not wash before meals in violation, not of the law, per se (Leviticus 15:11), but explicitly from the Talmud, a group of interpretive statements to apply the Law.  When questioned as to why Jesus seemed such a scoff-law we get a two-part answer:  You are like the hypocrites of whom Isaiah speaks "They honor me with their lips, but their hearts are far from me", and the spiritual insight that "Nothing that enters one from outside can defile that person, but the things that come out from within are what defile."
Jesus' statement in the fifth chapter of Matthew intends not to abolish the law but to fulfill it, and now he seems clear as to how the Law is fulfilled: intention.
The other day, I had a rather distressing conversation with a man who insisted that undocumented immigrants should not be allowed to receive any public services such as education and a driver's license. He said this about the poor entering our southern border.  He felt quite confident that his view wasn't obstructed by racism, but that "it was the law".  He insisted that acting unlawfully was the fundamental transgression that could only be remedied by these people returning to their native country and following the procedure for properly entering the United States. He was so focused on the violation of the law that the broader question of justice seemed to him as a distraction from the core issue of these folks breaking the law.
The law serves justice, but so many today have it reversed thinking that if it is a law it presupposes being just.  Needless to say, in recent memory laws that kept blacks segregated from society, women from voting, and prohibiting consenting adults who are gay from marrying are examples of laws most would find difficult to reconcile with concepts of justice.
Jesus understood this insidious tendency to focus on law rather than justice. This focus provides a false sense of comfort to those who don't want to deal with the messiness of justice and opt for the simplistic purity of law. For many Christians, the Bible has become the modern equivalent to the religious law--studied to discover transgression rather than compassion in the false promise that by doing so one may become perfect.  But perfection does not lie in the observance of the law, but in its fulfillment as Christ fulfilled it: love of God and love of neighbor--the two most important commandments according to Jesus.
The standard of civil justice for us as Americans is the Constitution, and the standard for Christian justice is love.  The Good News must be received and dispensed from the heart.  Reading the scripture to discover "what to do" is ignorant. We read scripture to become more like Christ.  It isn't so much searching the Scriptures to see "what would Jesus do" as much as it is searching scripture to see "what Jesus did".  Holy scripture doesn't interpret itself, but only comes to life in the circumcised heart of someone who loves aided by the Spirit.